I was a little later starting seeds this year.  I usually start mid to late February. 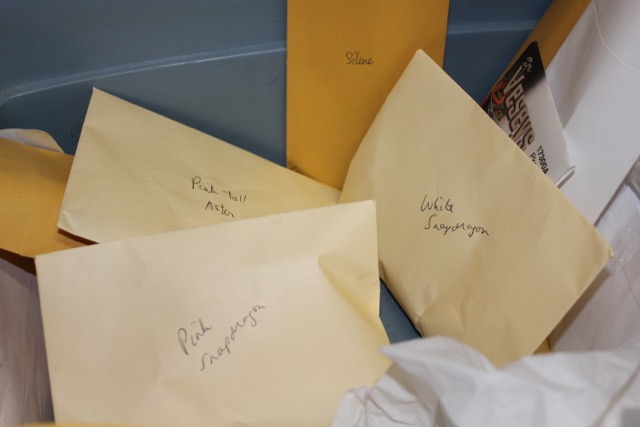 But this year it wasn’t until the first week in March that I started planting.

I had saved quite a few varieties of flowers from last year’s garden. 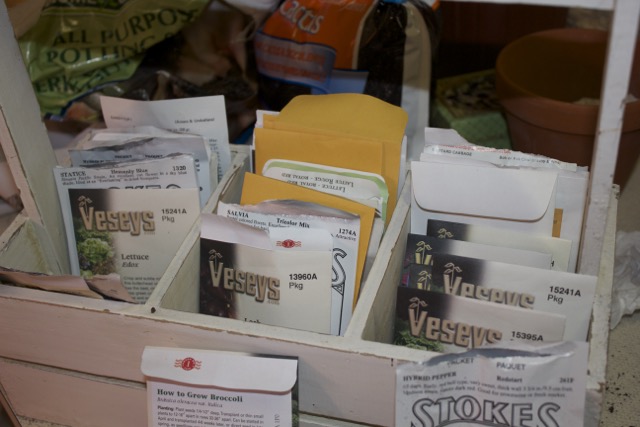 I also ordered some vegetable seeds.  And I had a few purchased last year that I tried, to see if they would still germinate. 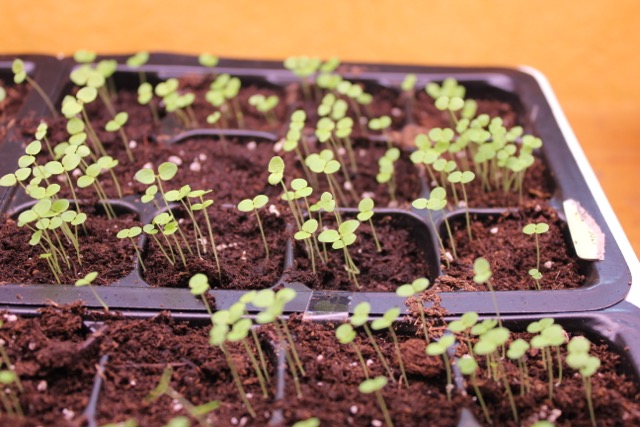 It seemed every single snapdragon seed sprouted.  They are so small, it’s hard to plant only a few.

So I pulled out quite a few already. 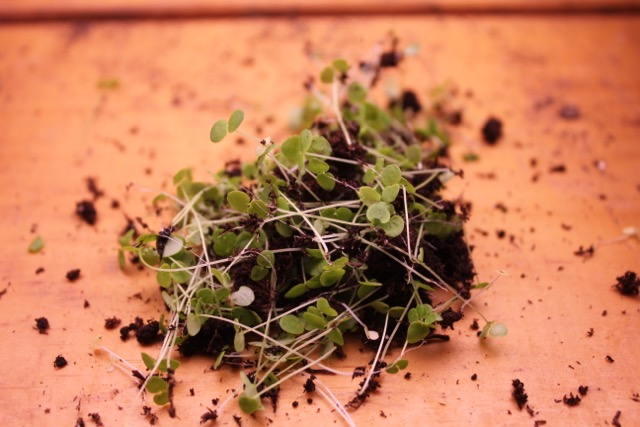 The tomatoes and peppers came up nicely. 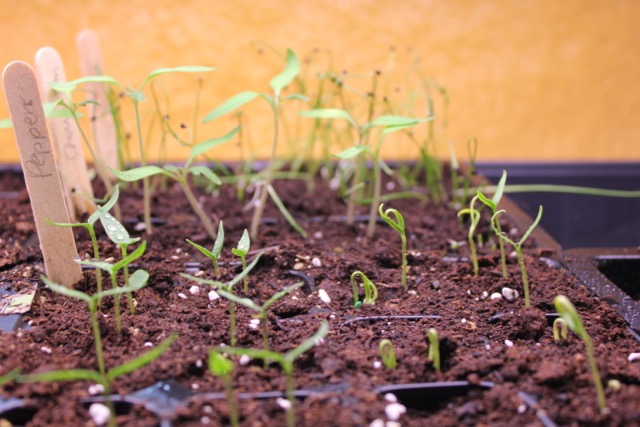 I don’t want as many tomato plants this year, so there are just a few.  Mostly for cherry tomatoes. 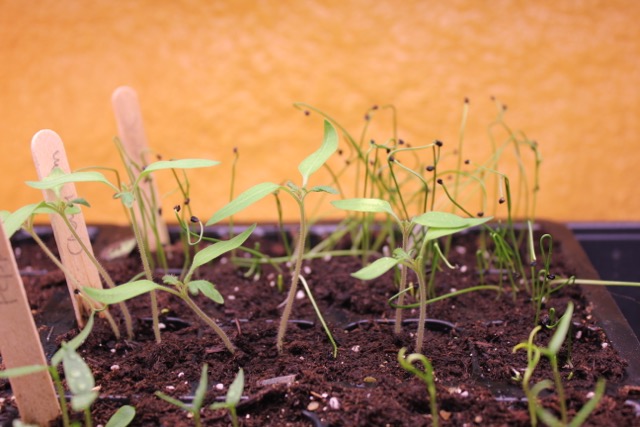 I’ll keep you posted on the growing progress. 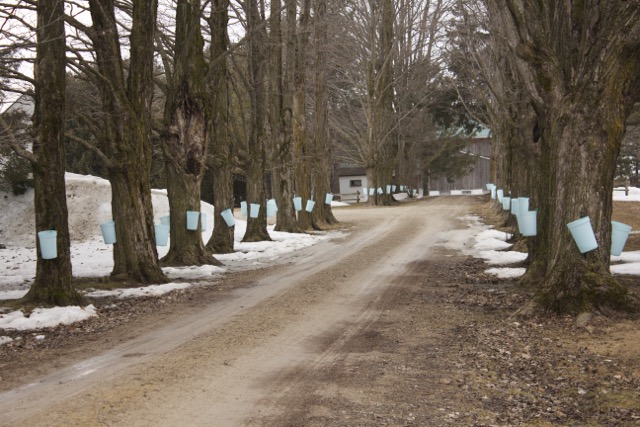 I was on the road today and came past this driveway. 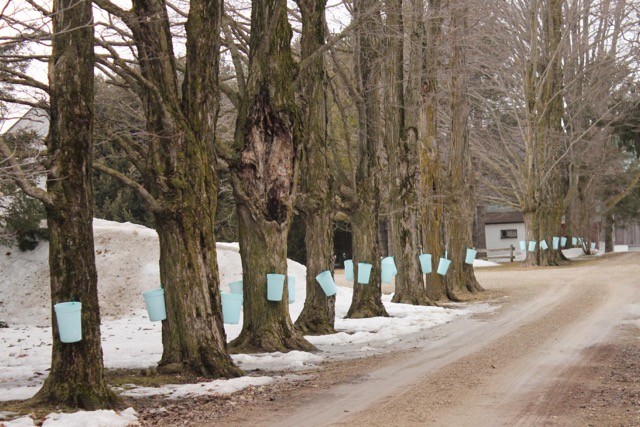 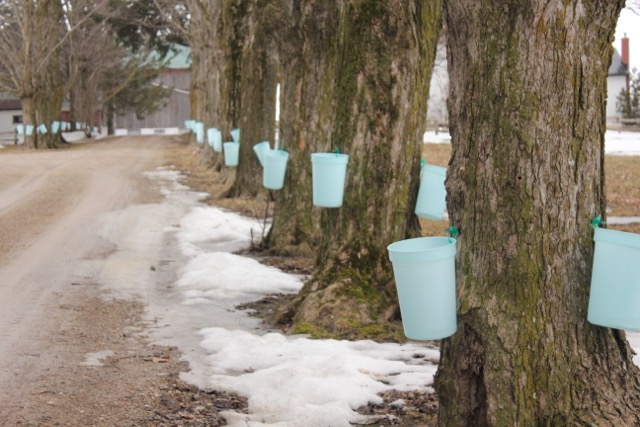 The taps and buckets have changed over the years. 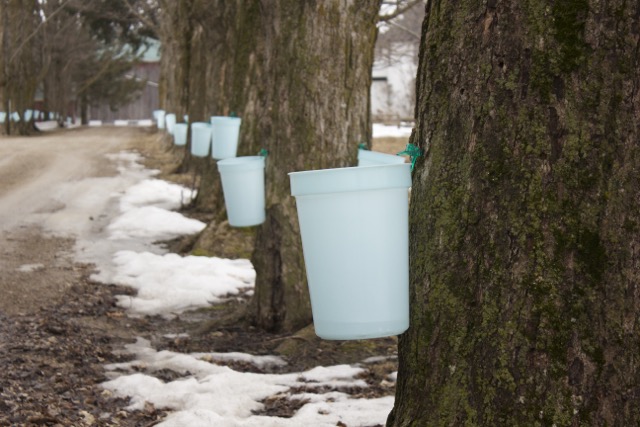 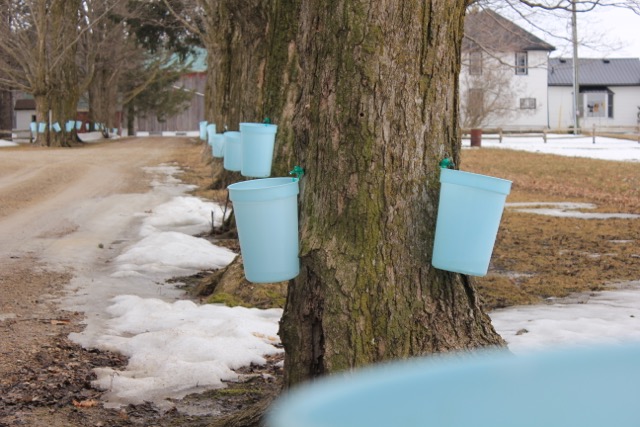 I love those old-timey sap buckets and taps. 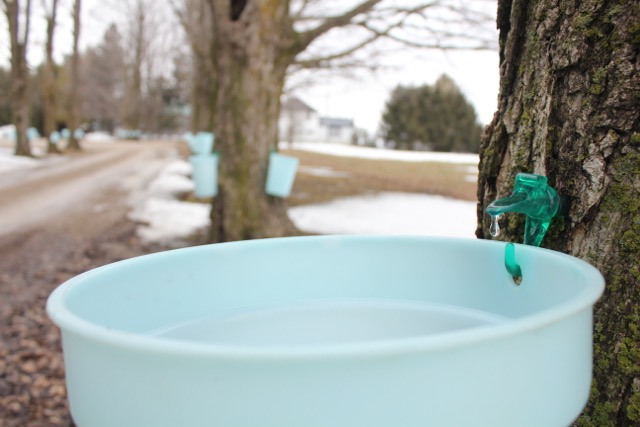 But these new fangled ones were doing the job just fine! 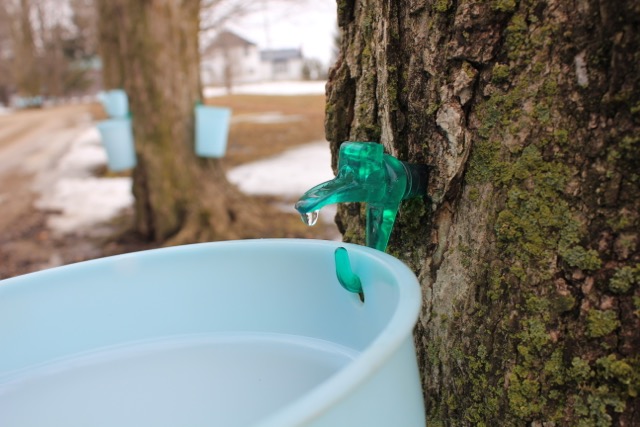