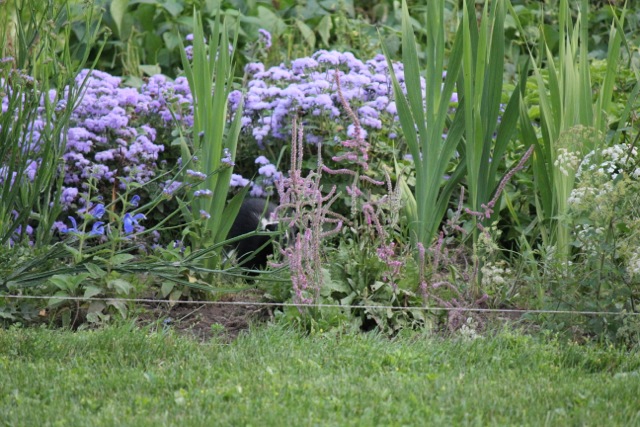 Saturday morning I spied something moving in the garden.

Something black, and white, and it wasn’t a cat. 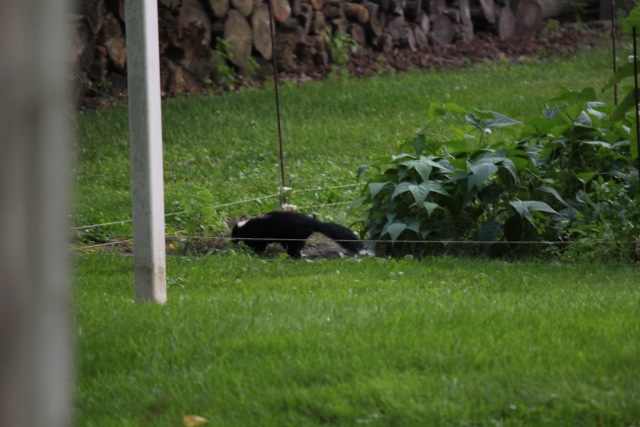 Yes, the skunk had returned, and now he was inside the electric fence.  The fence was working well.

Although, from the wrong side.  The poor little guy just could not escape. 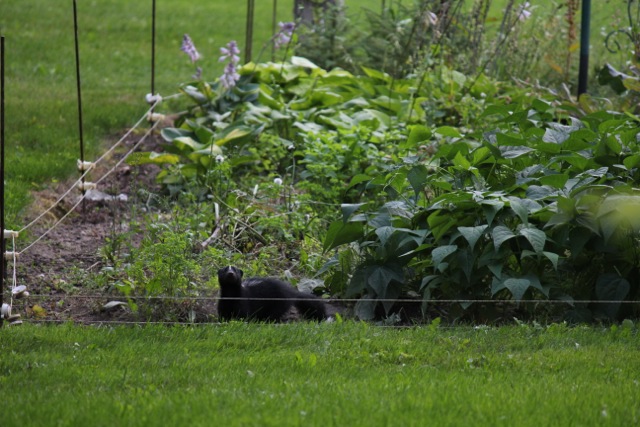 He looked frantically for any way out, but he met that fence at every turn.  And he wouldn’t come near it.

Even when I unplugged the fence, he was already quite well trained, and did not attempt a getaway.

I actually thought he had got out when he disappeared, and I picked beans, and flowers, and tomatoes later in the day.

But that evening, there he was again. 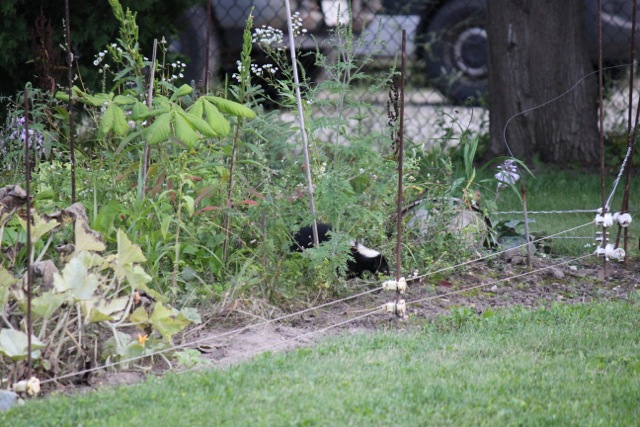 (Yes, that’s the messy weedy corner of the garden)

Apparently he had never left, and slept soundly under the gourd leaves when I was in the garden with him.

How would we ever get him out of there?

Unfortunately, there was really only one answer.

But I’ll leave it to your imagination.