Last fall I couldn’t bear (as usual) to throw all my container plants into the compost.

So I moved quite a few into the house for the winter. 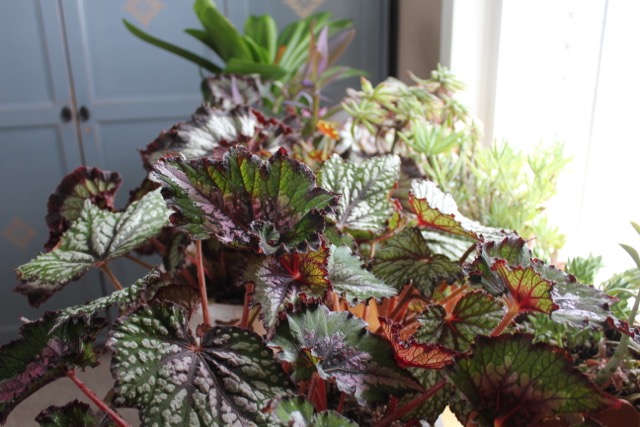 I wanted to avoid insect trouble this year, so I bought a big new bag of potting soil,

and replanted every plant that was going to come into the house. 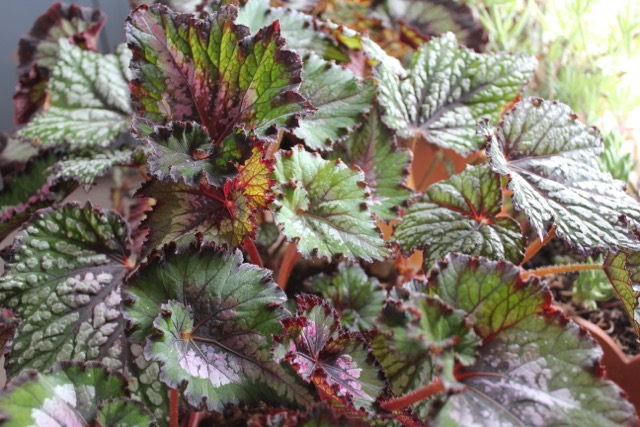 The begonias have done really well. 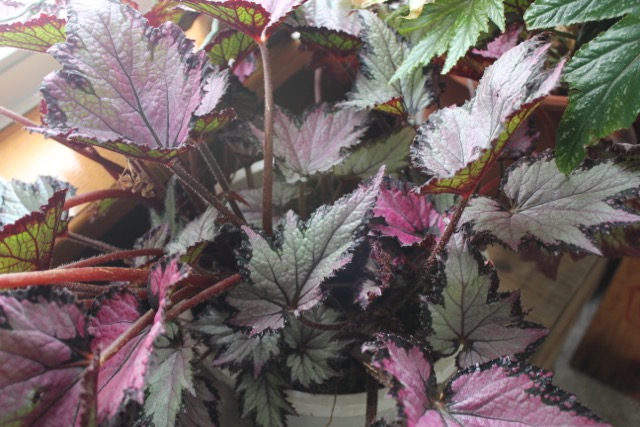 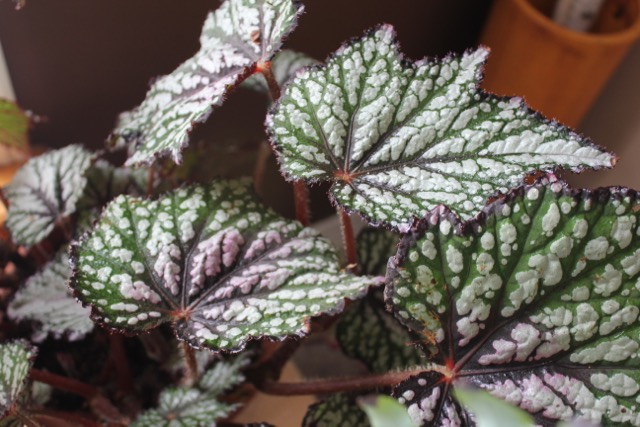 Such a variety of colours and textures. 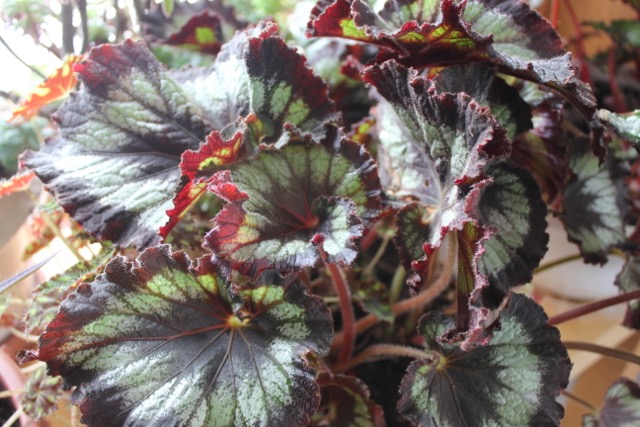 I will have enough Tradescantias Zebrina  to divide and put in several containers. 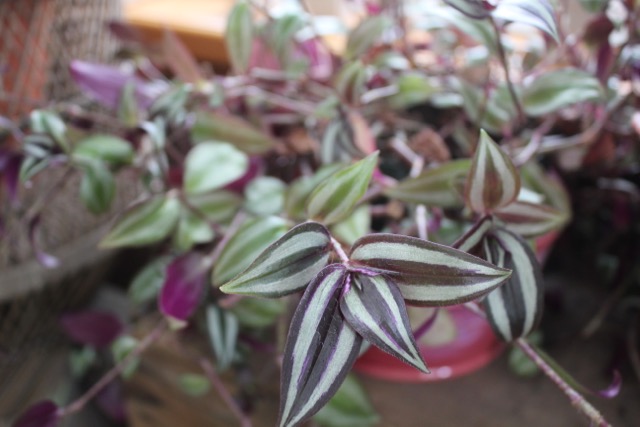 Even the ivy didn’t get any spider mites.  Yet. 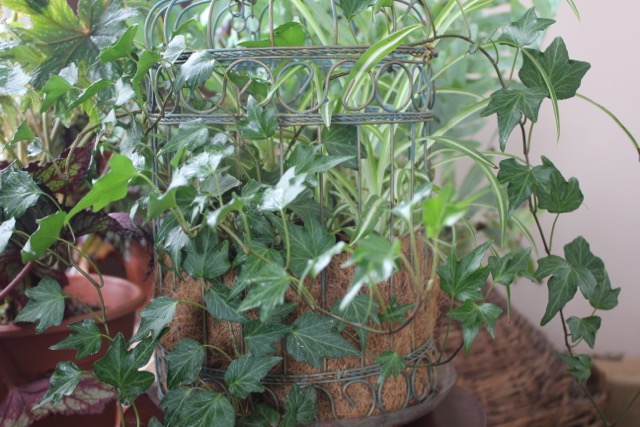 I’ve had years where the plants do great until March, and then they seem to give up.

So I’m hoping this year, they hang on.

It will be nice to have such big, established begonias for the containers. 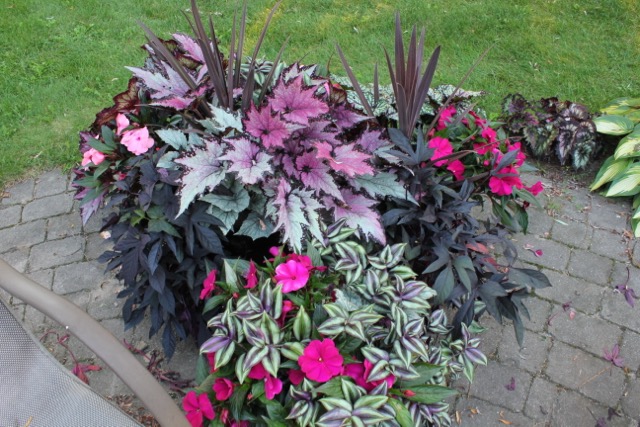